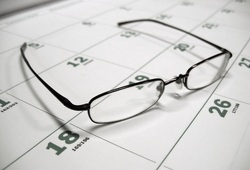 “Idle hands are the Devil’s workshop,” my Scottish grandmother used to say. And perhaps she was right – although, in my experience, much the same could be said of busy hands. But wherever the Devil stands on the idleness vs. industry debate, I manage to keep myself busy most of the time.

Below, you’ll find a chronological list of my various musical activities from the recent past to the foreseeable future.

Once again, the utterly splendid Pittsburgh Camerata will sing my music! This time, it's the world premiere of my Three Poems by Amy Lowell (2018), on a program of music based entirely on the texts of women poets. I'm looking forward to it!

The Island Consort of Nanaimo, British Columbia, will perform Out of My Deeper Heart (2015), on a program called “Music From the Heart.” For these performances, the choir and music director Bruce Farquharson will be joined by cellist Hannah Wilson. Sadly, Vancouver Island is a bit too much of a hike from Toronto, so I can't attend. But I will be there in spirit! 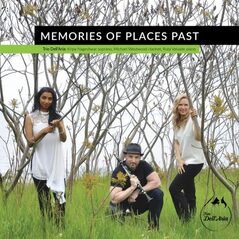 I’m delighted to report that Trio Dell’Aria – comprised of soprano Kripa Nageshwar, clarinetist Michael Westwood and pianist Ruta Vaivade – have included my Ashes of Soldiers (2010) on their new CD, Memories of Places Past.  A lovely CD-release concert/party took place on March 7 at 7:00 pm at Gallery 345, 345 Sorauren Ave. in Toronto.

In the winter of 2018 – mindful of the approaching 100th anniversary of the end of World War I – I decided to compose a cycle of choral songs using poetry written during and about that conflict. For this set of a-cappella miniatures, Five Poems from the Great War (2018), I chose the words of the English poets Robert Nichols, Harold Monro and Laurence Binyon, the American Alan Seeger, and a New Zealander identified only as “M.R.”

I approached a number of choirs with this idea, and the Collegium Ancora – a professional choir in Providence, Rhode Island, directed by Vince Edwards – decided to include the piece in their program, “Beneath the Armor,” performed on the centennial of of Remembrance Day (or Veterans Day, or Armistice Day). 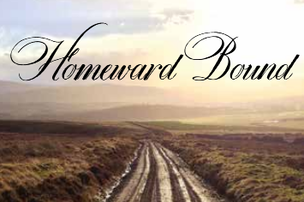 The Pittsburgh Camerata – an excellent professional choir directed by Mark Anderson – will premiere my setting of Walt Whitman’s poem “Darest Thou Now, O Soul.” The piece is the second in a set of a-cappella choral songs called Two Poems by Walt Whitman, which I wrote in 2017, without any specific ideas about when and where it might be performed. I’m delighted that one of the two songs has found a happy home with the Pittsburgh Camerata on a program called “Homeward Bound.” 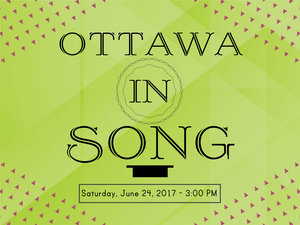 On June 24, 2017, Ottawa’s Capital Chamber Choir and cellist Erin Joyce, all under the baton of Jamie Loback, presented the world premiere of Out of My Deeper Heart (2015) – a setting I composed of a text by Kahlil Gibran. I must say that it was one of the best performances of my music that I have ever heard. Thanks to all the performers, and also to Andrew McAnerney, who organized the Sing Ottawa en choeur festival that provided the opportunity for this amazing performance!

I'll be teaching a course on Glenn Gould at Toronto's Royal Conservatory of Music in September. The course takes place over four Wednesdays, and is offered through the RCM's Adult Programs. See here.

Dr. Mark Doidge of Toronto has developed the software that makes it possible to see brainwaves, and in spectacular colours. I hooked my brain up to his computers to see what would happen when I listened to some music I like and music I don't like. The article appeared in the Fall 2015 issue of Listen magazine. (Or see here.) 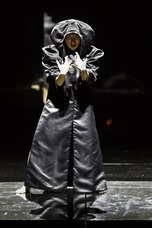 Canadian composer R. Murray Schafer's Apocalypsis was staged in grand style by Toronto's Luminato Festival in June 2015. Luminato's production was only the second that this massive dramatic account of the End of Days has received – the first was in 1980, in London, Ontario. I attended both productions: the first time as a chorister in the show; and the second as a critic, writing for Queen's Quarterly. My review will appear in the Fall 2015 issue.

Pianist Valentina Lisitsa became the talk of Toronto when she didn’t perform with the Toronto Symphony Orchestra in March. Her remarkable success as the “YouTube sensation” and her cancelled engagement with the TSO are the subjects of my interview with Lisitsa, published on the Wolfgang's Tonic website. You can read the article here. 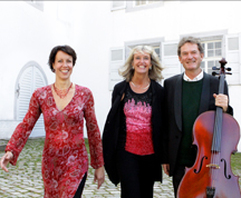 Margit Beukman, soprano; Susanne Götz, piano; Jonathan Gray, cello.
My song-cycle Tears of Gold (2000) was performed in Stuttgart on March 12 and in Tübingen on March 13, by the Susanne Götz Trio. These performances also served to launch a new CD recording, including my Tears of Gold and works by other composers. See here for more information about the performances. And click here to hear a song from the cycle. 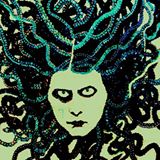 Yet another performance of my Ashes of Soldiers (2010) took take place in Vancouver, on November 1. This time, it was the chamber version, for soprano, clarinet and piano – and it was presented by the Erato Ensemble (see here.) The theme of the concert was “Gods and Monsters, ” and the performance took place at the Orpheum Annex.

I originally scored my Ashes of Soldiers (based on a text by Walt Whitman) for soprano, clarinet and piano. But a couple of years ago, Toronto clarinettist Kornel Wolak asked me to create an orchestral arrangement of the piece. The resulting version – for soprano, clarinet, strings and harp – was premiered at noon on August 18, at the Church of the Holy Trinity, in downtown Toronto. Kornel played his clarinet, the soprano soloist was Rachel Krehm, Evan Mitchell was on the podium.

Bernard Herrmann was an American who became a Hollywood film composer at a time when the industry was dominated by Europeans. I examined how rise to prominence, and how his sensibilities changed film music. You can read about it in Listen magazine, here.

The conductor Serge Koussevitzky had an enormous influence during his lifetime – and his influence continues to this day. I explored his impact on classical music in America in an article in the Fall 2013 issue of Listen. You can read it here. 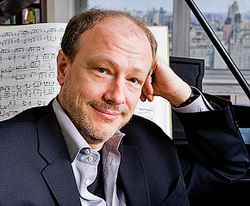 Canadian pianist Marc-André Hamélin was in Toronto on January 22, playing a recital for Music Toronto. I took advantage of this opportunity to talk with him about his dual career as a pianist and composer, for an article that appeared in the Summer 2013 issue of Queen’s Quarterly. You can read it here, on the Classical Voice North America website. 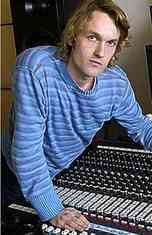 Sergei Prokofiev's grandson was in Toronto this winter for a concert of his chamber music (he's a composer), and to DJ at a local dance club (he does that, too). I sat down with him for an interview, for Listen magazine. You can read it here.

The Accademia Filarmonica Romana presented a concert of Canadian Music on July 5. Included in the program was my Ashes of Soldiers (2010). For more information, click here. 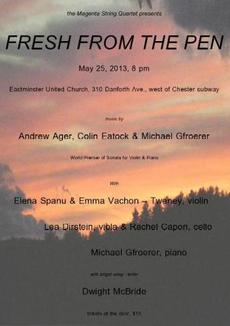 Toronto's Magenta String Quartet performed my Quartet of Dances (2004) in a program of Canadian chamber music on May 25. The performance took place at Eastminster United Church, 310 Danforth Avenue, in Toronto. 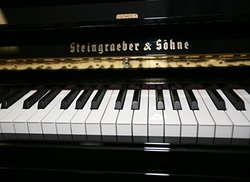 Toronto pianist Roland Starr played my Book of Saints (2008) on the Canadian Music Centre's shiny new Steingraeber piano. The performance took place at the CMC's headquarters at 20 St. Joseph Street, in Toronto, and was presented by the CMC's Score Reading Club.

My Life on Earth and Elsewhere
January 2013 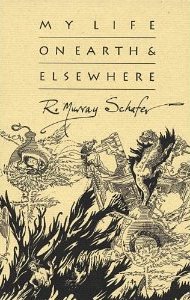 In the January 2013 issue of Literary Review of Canada, you'll find my review of R. Murray Schafer's recently published autobiography, My Life on Earth and Elsewhere. It's a must-read for all Schafer fans. (I'm talking about the book – but the review is pretty good, too.)

Royal Conservatory in The Strad
November 2012 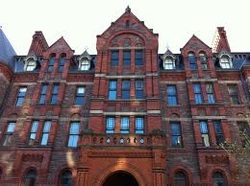 The November issue of The Strad magazine, from the UK, contains a feature article by me about Toronto’s Royal Conservatory of Music. As I learned while researching the article, it’s a happening place, with lots going on and big plans for the future. 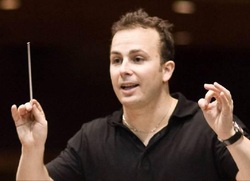 In September, Yannick Nézet-Séguin officially takes the reins of the Philadelphia Orchestra. For the Canadian conductor who’s not yet 40 this is both a huge honour and a daunting challenge. In March 2012, I travelled to his home town of Montreal to talk to him and find out what he intends to do in the City of Brotherly Love. My interview appears in the Fall 2012 issue of Queen’s Quarterly. You can read it here. 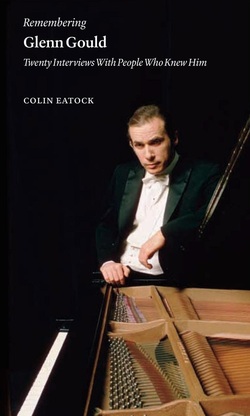 My new book, Remembering Glenn Gould: Twenty Interviews with People Who Knew Him, was published in August 2012. (The launch took place on August 15, at Stratford Public Library, presented by Stratford Summer Music.)

Remembering Glenn Gould is a unique collection of Q&A interviews with people who knew him personally and professionally. In the book I interview close friends, people who worked for him, musicians who performed with him, critics who wrote about him, and people in the radio, television and recording industries who collaborated with him.

Some of my interviewees knew Gould for many years, others only briefly – yet each offers insights into one of Canada’s most remarkable artists.

Here's a link to one of the interviews in the book, with Gould's concert manager, Walter Homburger.

And here’s a link to the publisher, Penumbra Press. 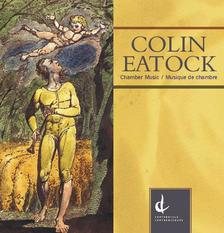 I have just released my first CD, on the Canadian Music Centre’s Centrediscs label. Colin Eatock: Chamber Music (CMCCD 17812) is a collection of half a dozen pieces I’ve written over the last 25 years, for small combinations of voices and instruments. It is my finest hour!

I’m very grateful for the support of Roger D. Moore, who has generously agreed to support the manufacture of this compact disc.

The works on the disc are: